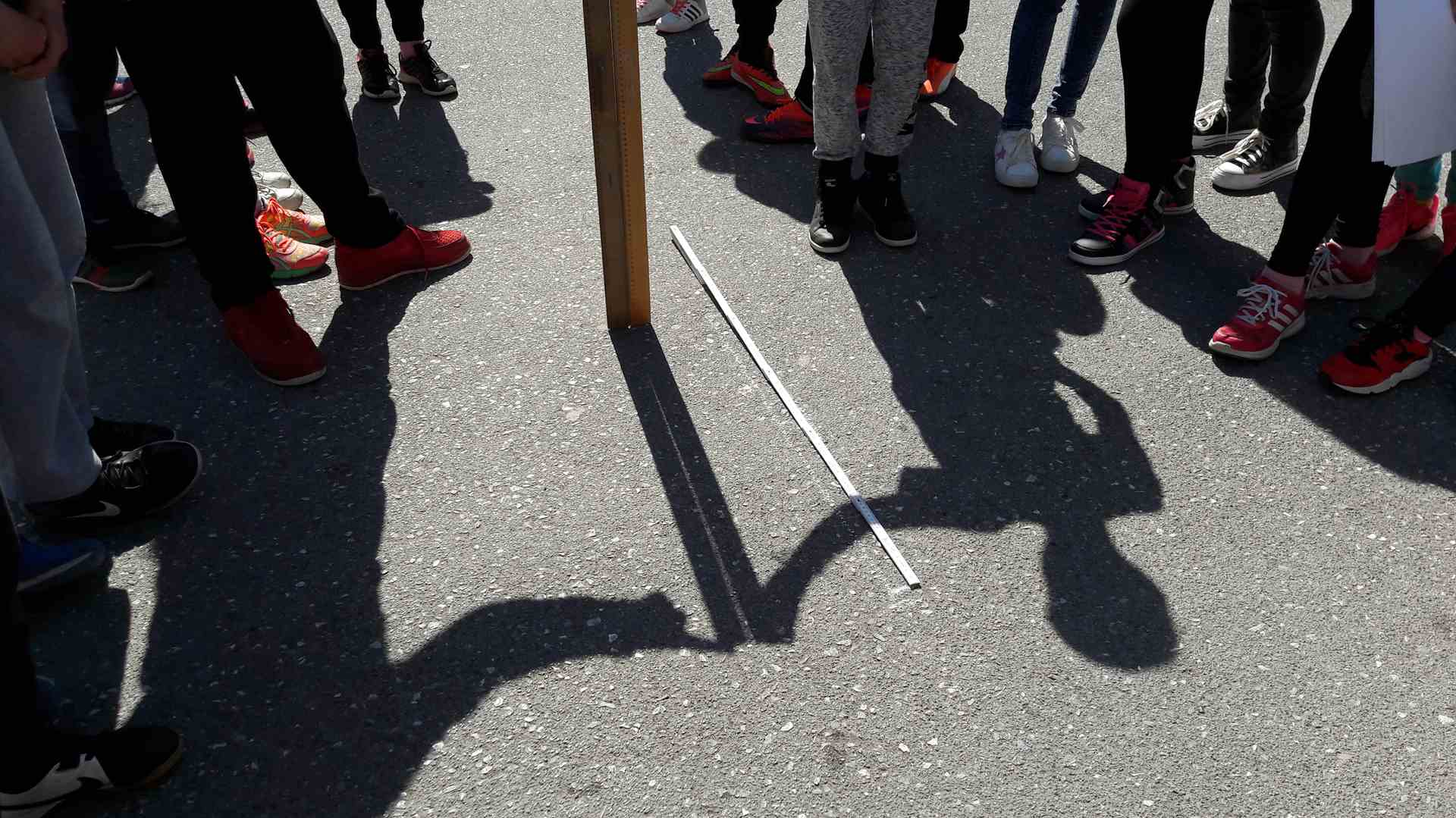 Eratosthenes ( Cyrene 276 BC – Alexandria 194 BC ) was a Greek mathematician, geographer, astronomer, poet and music theorist.

His experiment was one of the most important experiments in antiquity and his estimate of the earth’s size was accepted for hundreds of years afterwards. It was, in fact, the most accurate estimate until Man could go to Space. Eratosthenes measured without leaving Egypt.

Just like Eratosthenes, on March 20th, more than 10000 Greek students and 800 teachers from over than 450 schools made their own measurement of Earth’s circumference and Earth’s Mean Radius without living their schools. One of them was our school.

That day was the Spring Equinox and at noon, the sun was being passing at the zenith of the Tropic of Cancer, which means it was being producing no shadow on a vertical stick placed on locations that lie on this parallel. Our students from 5th and 6th Grades used this information as a basis for their calculations. They used web based tools like Google Earth, Google maps, SunCalc, etc.

The vertical stick was 1m long and the appropriate measuring time was at 12:37’pm, according to Global Positioning System of the school. The shadow this time was 86cm long. According to a distance calculator the school distance from the Tropic of Cancer is 4529.27 km.

Then, they used the Mathematical Formula that calculates the Circumference of the Earth at the Equator and found that it is 40066.7385 km.

Finally, they calculate the Earth’s Mean Radius that is 6376,824 Km. This Radius is the largest one because it is in the Equator. 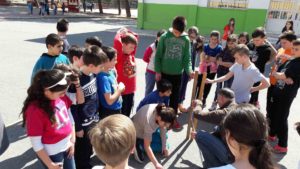 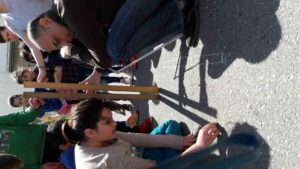 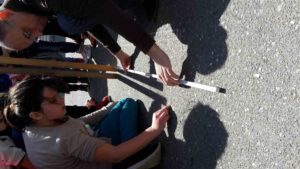 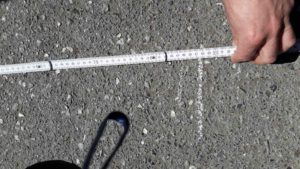 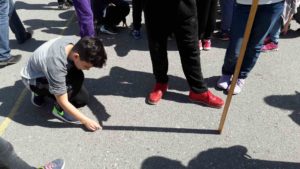 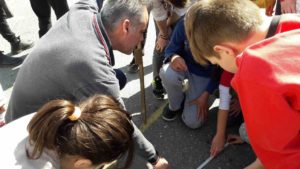 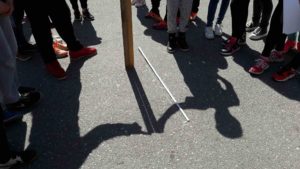 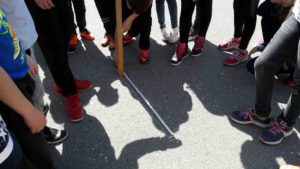